Now that the holidays are over, I'm finally getting some time to sit and craft again! I just wanted to share a few things that I've finished over the last couple of months.

First, I wanted to share the cover of the monthly mini album I made for Makayla. I started working on this when she was only a couple of months old. (I think I've mentioned the flower quilling in an earlier post, and yes - still obsessed with it.) I used Bo Bunny's Isabella Collection on the album with coordinating cardstock colors to make the flowers. 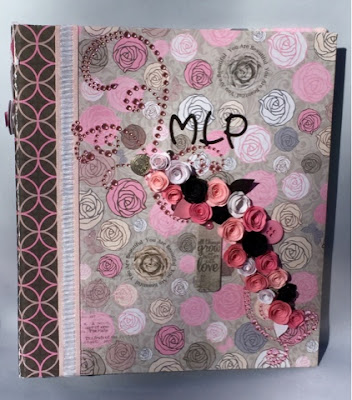 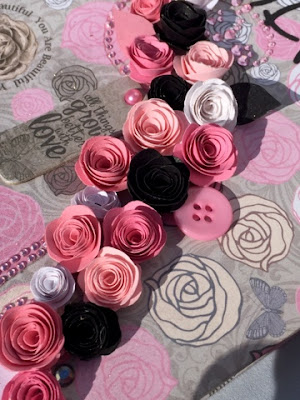 Next, here is a small 6"x6" mini I made to use the rest of Makayla's newborn photo shoot pictures I hadn't yet done something with. It worked perfectly! I used Bo Bunny's Enchanted Collection. (Which is probably still one of my absolute favorite collections of all time - despite the glitter.) 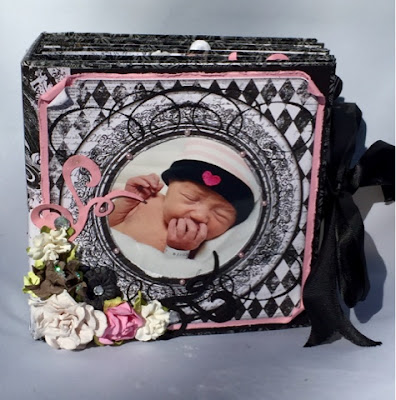 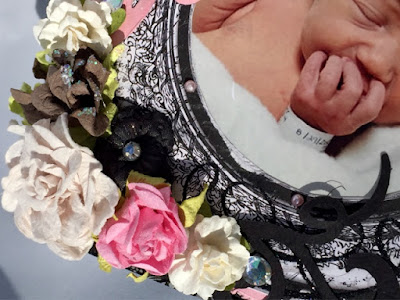 Now this storage box was something I started playing with a couple of years ago when I first started with the mixed media. I essentially had no idea what I was doing, and I didn't know what I wanted it to look like in the end.. so I just left it. Until recently! Here is the updated pic. (Again, note the copious amounts of quilled flowers!) 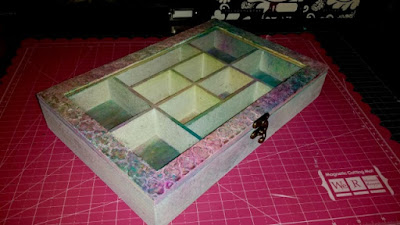 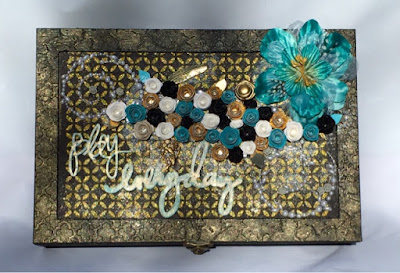 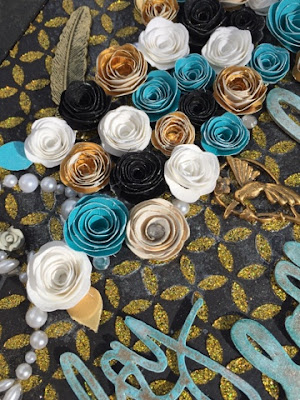 Finally, I got the Flying Unicorn January Kit in the mail yesterday!!! There were so many goodies in there that I just had to start playing right away!

First, I whipped up this canvas using the Mixed Art Kit. 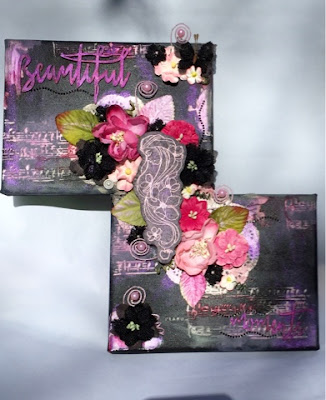 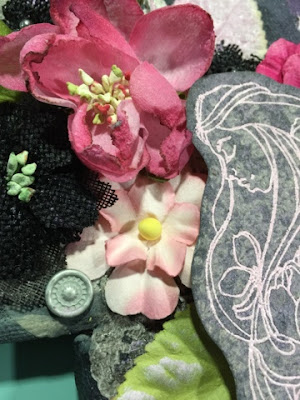 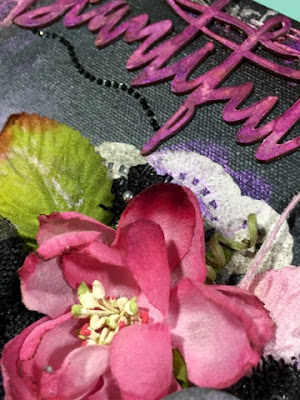 I had to keep going so I made this card as well! (I'm still getting used to the whole card-making scene, but enjoying it!) 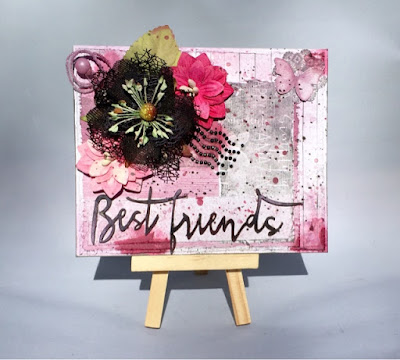 Today I plan on working with the kit some more to see what I can come up with! That is - as long as the cold medicine does its job! :)

Thanks for stopping by!